Better than anything he ever said to Winnie Cooper 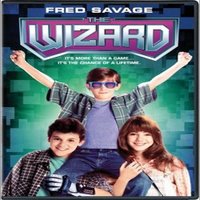 I believe that everyone should have a favorite Fred Savage line. Mine is "you said no new games!" from The Wizard.


Mine isn't so much a quote, as it was simply the time in "The Wonder Years" when FredSav made out with a hot, gum-chewing blonde who was supposed to be dating his brother, and when they finished kissing her gum was in his mouth.

For a young teenage boy, that's pretty much the 2nd awesomest thing that could happen, short of watching the debut of Super Mario Bros 3 in a major motion picture.