Wanted: NFL Coordinator. Experience with Scoring Touchdowns a Plus

"The touchdown-challenged Bills scored only 20 offensive touchdowns this season, a record low for a 16-game season. The previous low was 22 offensive TDs in 1985. They scored 252 points, second-fewest ever for the team in a 16-game season, and finished with 248 first downs, also the second-fewest. The 2003 Bills scored 243 points, while the 2006 club amassed 234 first downs."
Link: "Offense came up short" via The Buffalo News 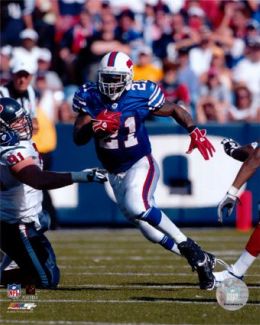 Source: Art.com
As all of my friends know, I root for the NFL's only Canadian football team. Today my beloved Bills traded Willis McGahee to the Ravens for a third round draft choice, a seventh round draft choice, a leprechaun, five horseshoes, and a baby unicorn. This just like the Herschel Walker deal and the Bills are like the Cowboys, except the complete opposite. Hey Marv - was Larry Andersen not available?

Every year the Bills find a new way to make me question why I choose to blindly and unfailingly support a team located 8 hours north of me in a part of the country that I have no desire to visit, producing nothing but frustration for me as I watch their games in quiet desperation. Ok loud desperation but desperation nonetheless. Can someone at least put Steve Tasker in the Hall of Fame immediately so that I can calm my kvetching a bit? That'd be great, thanks.