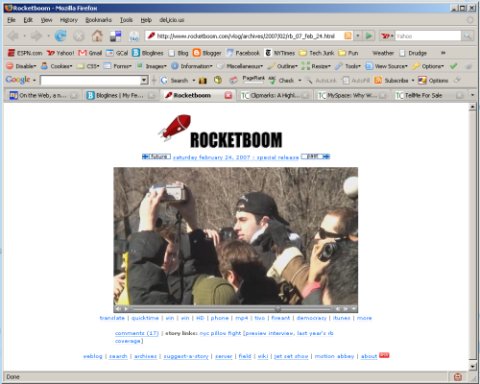 Holy media whore, Batman! Rocketboom's video of the pillow fight features none other than our own i-banker-cum-gothamist-photog-whore Dave Lerman. Eat your heart out, Amanda Congdon.

so much for having a good eye

Took my parents to the Armory Show this weekend and saw several great artists whose work I'm completely unfamiliar with. My parents loved a Korean painter who, we were told, "spends 17 hours a day on his works and approaches painting like meditation." They were drawn to a piece that I guess can be called a hyper-realism still life of a stack of books. I'm doing a lousy job of describing the work, but it's a stunning piece of exquisite detail. 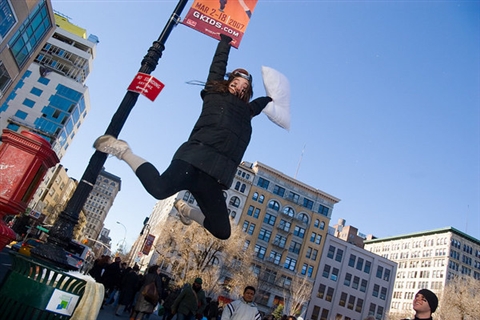 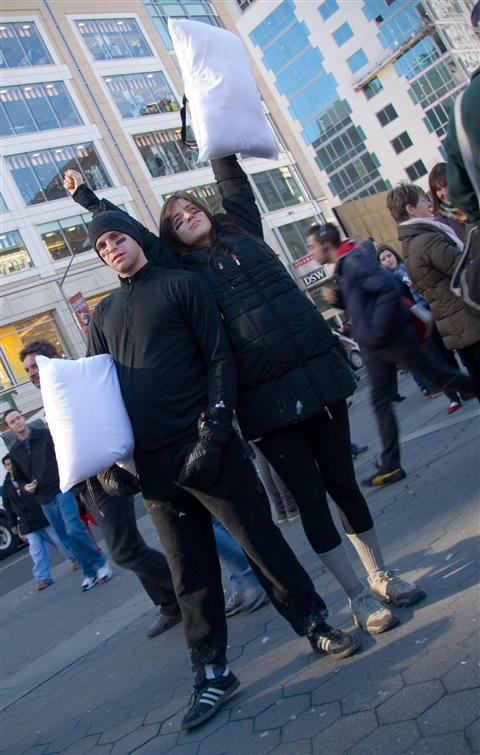 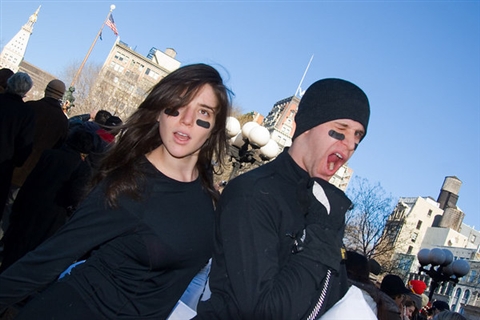 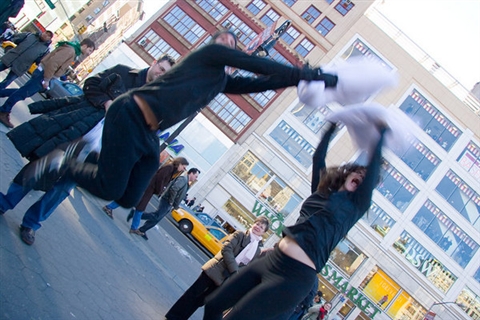 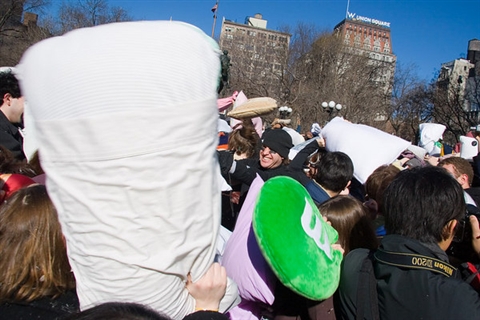 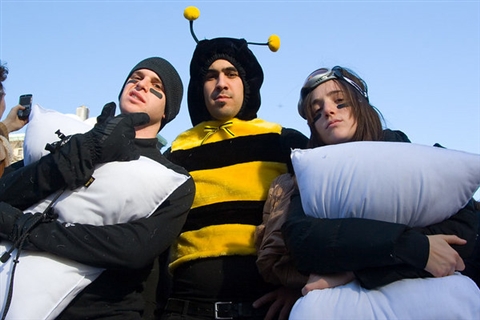 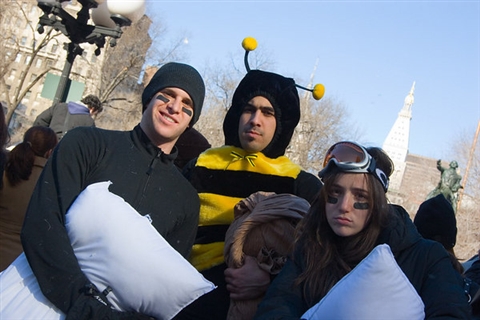 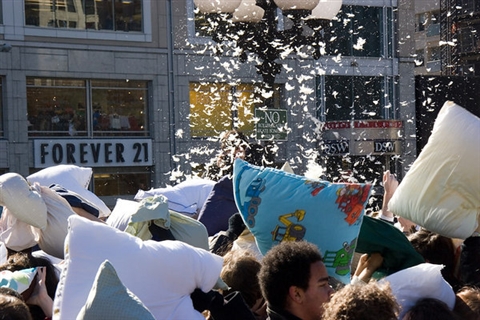 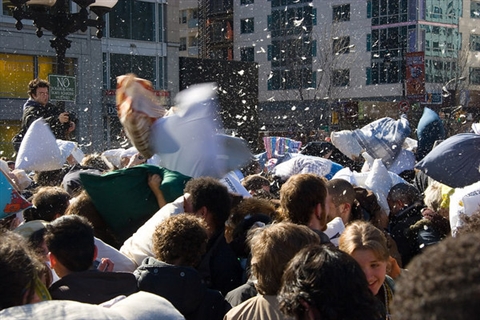 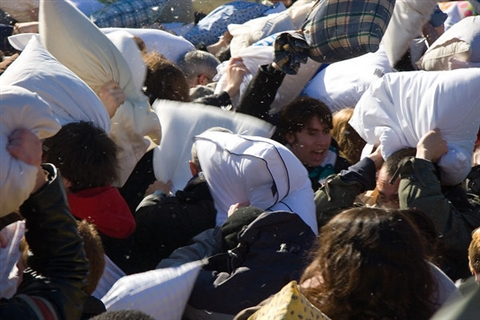 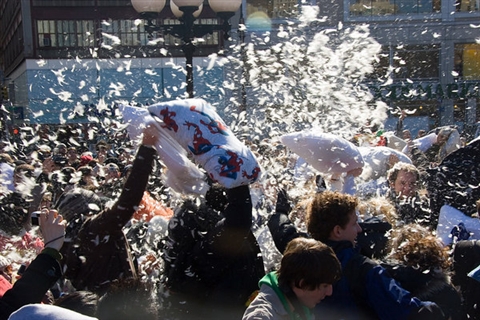 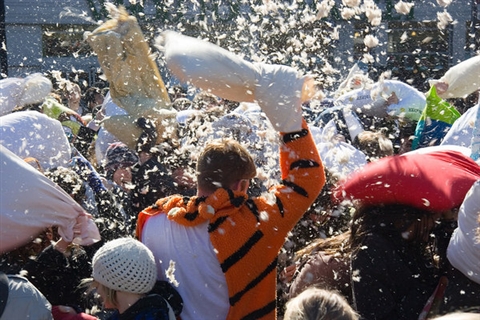 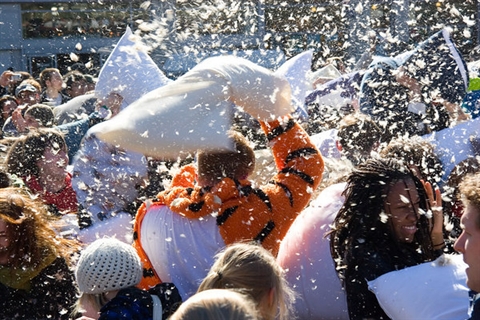 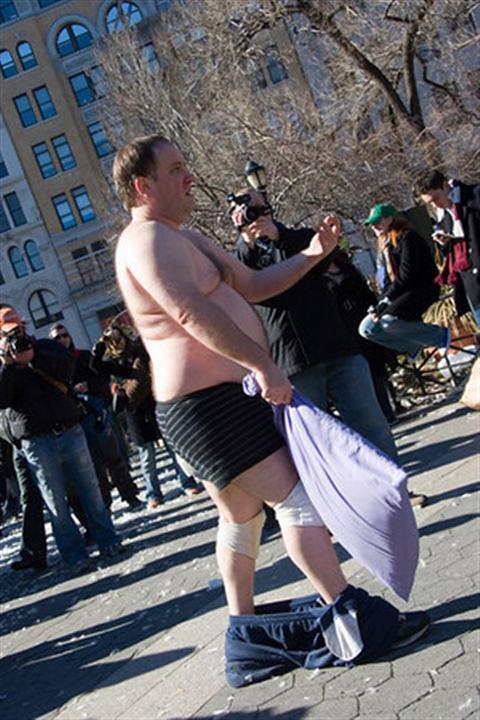 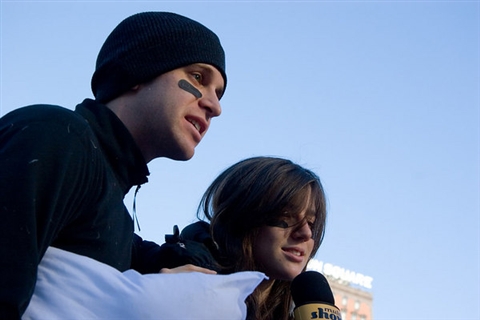 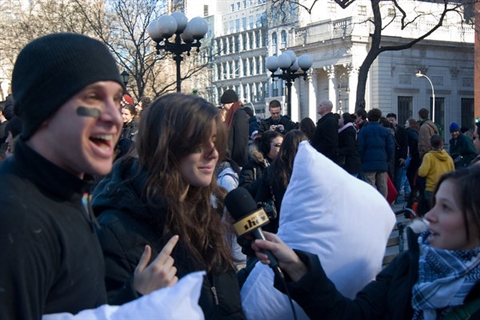 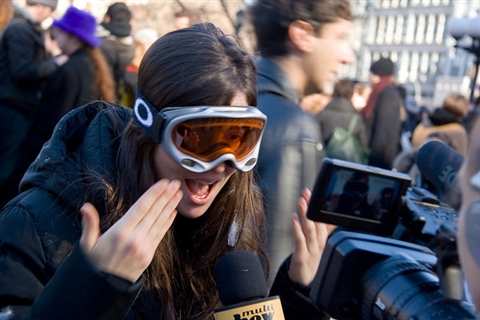 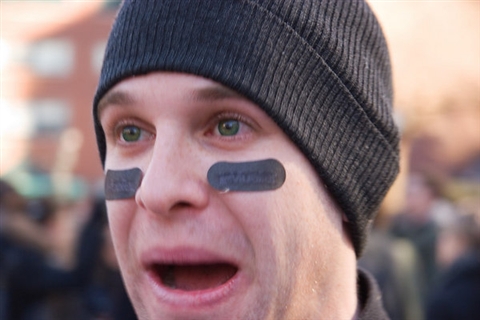 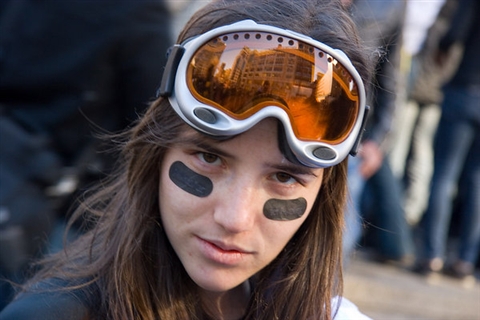 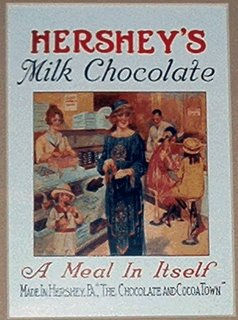